My boys first watched Disney’s Descendants without me, then found me afterwards and said ‘Mom this is SO your kind of movie!” First they know I love Disney, but most of all they knew I would love the musical numbers that were sung and danced throughout. The movie was done by Emmy Award-winning director and choreographer Kenny Ortega from High School Musical.

A few days later I asked them if they wanted to watch it with me. I really expected them to say No since they just had. All three said Yes! Wow it must really be good. We quickly learn that The Beast (now handsome prince) and Belle are the King and Queen of the land and sent all the Evils to Isle of Lost where they can never leave. The villainous offspring of Jafar, The Evil Queen, Maleficent, and Cruella are given a chance to leave the island and attend boarding school with the other Disney hero children.

But have their parent’s influence made them truly bad or can they still change? They must choose between following in their parents’ footsteps to help all the villains regain power or embrace their innate goodness to save the kingdom. If you are any kind of Disney fan then I know you will get a kick out of this movie! 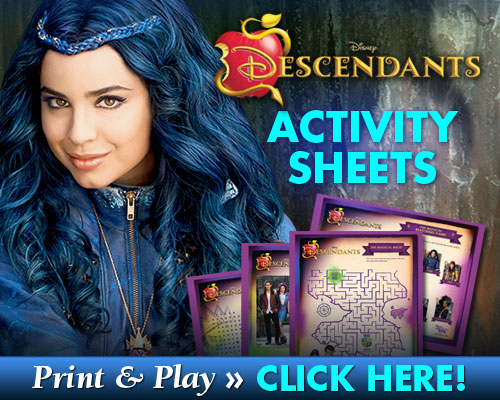 I received this movie for my post and all opinions are my own. Amazon link is affililate. This giveaway will end on September 2, 2015 at midnight EST. Winners will be drawn via rafflecopter. Once a winner is drawn I will contact them and they will have 48 hours to reply before I draw a new winner. Giveaway is open to anyone in US/Can and you must be 18 years of age or older. Giveaway not affiliated with Facebook & I release them of liability. Winner will be posted in the rafflecopter widget.